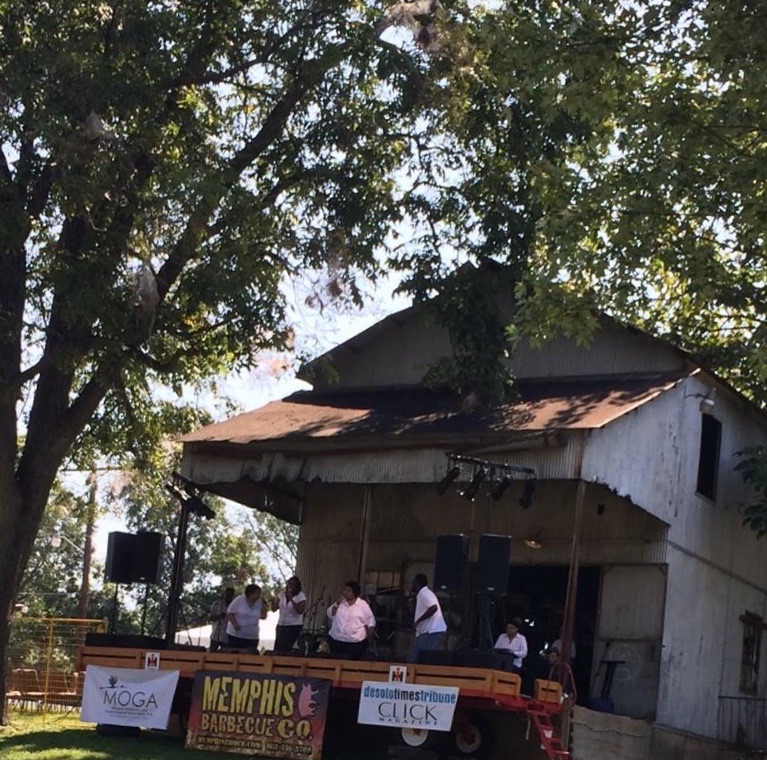 For the second year in a row, our humble band has received a grand honor: a chance to travel to lovely Hernando, MS, and play the Front Porch Jubilee, a benefit staged by the Friends of the Von Theater to restore that majestic old theater--which, in its heyday, played host to Elvis, Jerry Lee Lewis, and others--to its former glory.

This is a heck of an event.  Hernando's history as being, according to frontporchjubilee.ms, "a conduit between hill country music, delta blues music and Beale Street" lends it street cred as a bona fide center of American music history, not unlike other such wellsprings scattered throughout our native state.  A Blues Trail marker on the site of the Jubilee honors jug-band and blues pioneers Gus Cannon, Jim Jackson, and Robert Wilkins, all from Hernando.  The event itself is appropriately reverent and lively.  Scorching performances have been turned in over the last two years by the likes of hill-country-blues masters Kenny Brown, Dwayne Burnside, and Gary Burnside; master songstress Garrison Starr; Rev. John Wilkins (who blew everyone's minds this year with his electric performance); Albert King, Jr.; and a host of others.  Jerry Lee Lewis made an appearance last year, to be honored on his birthday.  We felt honored, as well, just to be a part of it all.

The setting for this event is like none other we have taken part in: a stage set up on the front porch of the old Clifton Cotton Gin, a distinguished old building in its own right, situated right on Hernando's historic town square.  With the smell of barbecue and various other fair-like foodstuffs wafting through the air, lively conversation in the musician's tent (especially around the complimentary-beverage coolers) centered on stories about Mary's Cafe, musical legends from the area, the town's rich history, and of course tales of The Von Theatre. The Front Porch Jubilee brings an always-enthusiastic crowd, a festival favorite not to be missed.  We hope to be invited back next year, and we hope that any music fan within driving distance will come be a part of it.  We promise you won't be sorry.

Signing off.. Until next time...Stomp On